History is a very popular subject at Lagan College. At Key Stage 3, students cover a wide range of topics, eg. the Norman Conquest in Year 8, Native American culture in Year 9 and significant events of the 20th Century in Year 10.

History is a very popular subject at KS3 and it is offered at GCSE and A Level, with students achieving excellent results. In our department we have 4 full time History specialists.

Through the teaching of History we encourage students to think for themselves, to appreciate the difficulties in building a picture of the past based on incomplete or distorted evidence and to understand that our interpretation of the past is sometimes influenced by our own prejudices or pre-conceptions. We encourage students to respect, value and celebrate their own culture and traditions and those of others. We believe that the study of History should be interesting, relevant, accessible to all abilities and fun! 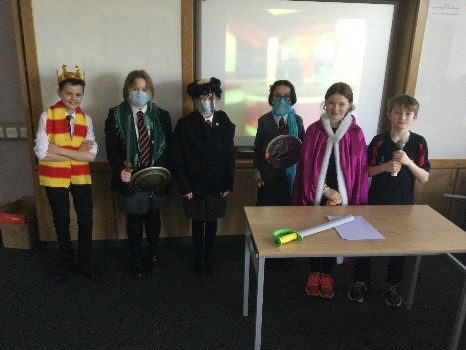 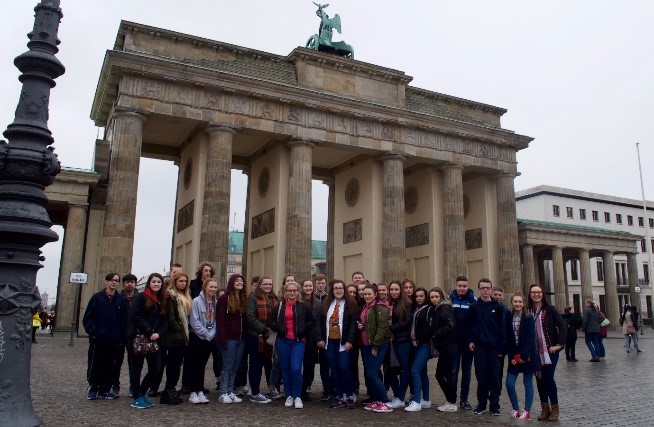 At KS3 it is important that students are taught about a wide range of historical events, key figures and how our society has been shaped and changed by local and worldwide history.

In Year 8, we focus on how society has changed with major events like the Norman conquest of England in 1066 and the Battle of Hastings being the foundation for change in England. Students look at Irish History and the story of Dermot MacMurrough who brought the Normans to Ireland, as well as the Middle Ages and the importance of religion and the murder of Thomas Becket, as well as the Black Death in 1348.

In Year 9, we focus on the English Monarchy and how they have made an impact on our lives, with Henry VIII changing to Protestantism, Elizabeth I’s victory against the Spanish Armada and how Mary Queen of Scots tried to overthrow the monarchy. Students also look at Ireland with the Ulster Plantation and the Battle of the Boyne, both of which helped shape Northern Ireland.

In Year 10 students look at the impact of the 20th Century change and the exciting developments in women’s rights with the Suffragettes but also how the 20th Century also led to a huge human loss and suffering with the sinking of the Titanic, the Holocaust and WW1. We also feel it is important that students know about their locality and relevant issues going on in NI through the teaching of the Partition of Ireland and the Northern Ireland Troubles.

KS3 students have always enjoyed learning about History and this is reflected in our successful number of students transitioning to GCSE History.

At GCSE we use the CCEA exam board with students completing two exam papers at the end of Year 12. Students consider the relevance of the past and gain a deeper understanding of the present. They learn to balance factual content with developing conceptual understanding and historical skills.
Students also analyse and evaluate historical sources, appreciating there are competing interpretations of the past.
In Unit 1 they study Nazi Germany 1933-45 and Changing Relations: Northern Ireland and it’s Neighbours 1966-1998.

Students look at how Hitler and the Nazis consolidated their power to become one of the famous and feared regimes ever. We look at how they controlled women, children and workers as well as looking at their persecution of minority groups, including the Jews and how WW2 had an impact on the people of Germany.

Lagan History feel it is important that our students have a clear understanding of the history of Northern Ireland and we focus our teaching on the Troubles. Students learn about the demand for civil rights and how violence led to the introduction of the army and direct rule in NI. Students also learn how there was also a continued search for a solution to the issues on Northern Ireland with the eventual signing of the Good Friday Agreement in 1998.

Our Unit 2 option is the Cold War 1945-1991. Students look at post-war Europe and the impact of the USSR’s control over eastern Europe. They also examine the hostility been the Capitalist West and Communist East. Student love learning about key events such as the Berlin airlift, the Korean War, the Vietnam War, the Cuban Missile Crisis and the collapse of the Berlin Wall.

At Post-16 we deliver the CCEA GCE History specification with its focus on developing an advanced understanding of how the world became what it is today. It equips students with transferable and written skills, including critical thinking, analysis and debate. Students immerse themselves in 20th Century History and learn to appreciate events and their consequences, helping them understand the past and the present. A level History helps students to develop their love the subject and many continue go on to university to study History degree, archaeology, teaching and criminology, plus many other degrees.

At AS level students are taught about Germany 1918-45, looking at Germany after WW1, the rise of Hitler and Germany through WW2. They will also look at Communist Russia, examining the reasons for the fall of the Tsar, the creation of the communist state under Lenin and his successor Stalin. They will look at the political, social and economic situation and the use of terror and control.
At A2 level students will examine the reasons for the Cold War and examine the Clash of Ideologies between Capitalism and Communism 1945-1991. They will also look at local history and examine the reasons for the Partition of Ireland and the creation of Northern Ireland in an in-depth study.

This website uses cookies to improve your experience while you navigate through the website. Out of these cookies, the cookies that are categorized as necessary are stored on your browser as they are essential for the working of basic functionalities of the website. We also use third-party cookies that help us analyze and understand how you use this website. These cookies will be stored in your browser only with your consent. You also have the option to opt-out of these cookies. But opting out of some of these cookies may have an effect on your browsing experience.
Necessary Always Enabled
Necessary cookies are absolutely essential for the website to function properly. These cookies ensure basic functionalities and security features of the website, anonymously.
Analytics
Analytical cookies are used to understand how visitors interact with the website. These cookies help provide information on metrics the number of visitors, bounce rate, traffic source, etc.
Advertising
Advertising cookies are used to provide visitors with relevant ads and marketing campaigns. These cookies track visitors across websites and collect information to provide customized ads.
Save & Accept